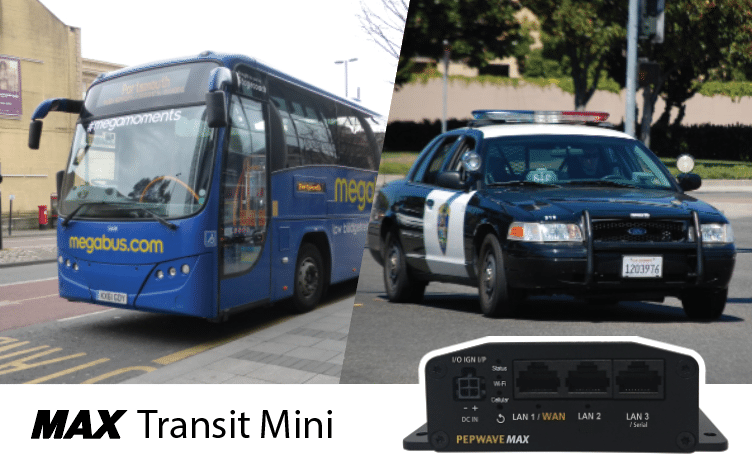 The MAX Transit Mini has three Ethernet ports, two LAN ports and one WAN port, including a passive PoE input. In addition, it has a single cellular module with two SIM slots, allowing for hot failover (sold separately). In addition, with a SIM injector , the device can use any of the ten available SIM cards (two embedded and eight in the SIM injector).
The Max Transit Mini is FirstNet capable, which means it can be connected to LTE networks on band 14/700 Mhz. He also supports T-Mobile with Band 71 at 600 MHz. The new Ignition Detection feature allows the router to be turned on and off with a user-defined delay when the vehicle is turned on or off. The router contains 8 GB of space for ContentHub.

The user simply connects to an SSID provided by the WiFi AP included with the Transit Mini and can use media, videos, and other locally stored content without having to access the Internet. 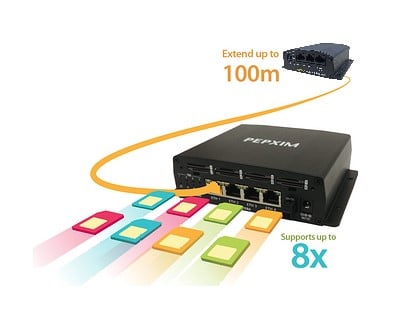